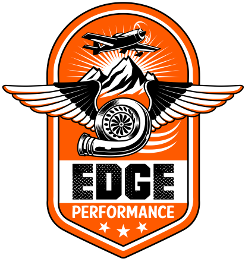 Q: Do you offer the EP Supercharger kit for sale?

A: We like to say no. But first, let us explain why we think the whole supercharger idea is not as good as a turbocharger. The supercharger requires its own oil reservoir, its own oil filter and oil cooler or a coolant-oil heat exchanger. The supercharger is also always engaged. This means that the engines crankshaft is always turning the gearbox of the supercharger even when you are not running the engine boosted (above atmospheric pressure). The result is poor fuel economy. And next there is no control of the boost like a turbos wastegate system. You can only control the boost by the opening of the throttle body. This is also a waste of energy, and heat buildup of the charge air. If the supercharger is geared to produce say 40In/Hg at sea-level, it will not maintain boost like a turbo in a much higher degree will. The boot will decrease 1:1 with loss of atmospheric pressure, although the absolute manifold pressure will be higher at ex. 10.000` compared to an engine without the supercharger. So yes, for sure we can offer to sell our nicely designed supercharger kit, but give it a thorough though before you make any final decisions. Unless a turbocharger for some reason cannot be installed, we would not recommend anyone to go with the supercharger.

A: Yes, it is possible, but at the time being we do not offer any kits for boosting of carburetors either by superchargers or turbos. But the fuel pumps, fuel pressure regulators etc. needed to do so are all available to be purchased online.

Q: Will it work with EFI?

A: Yes, is will work in combination with our EFI kits